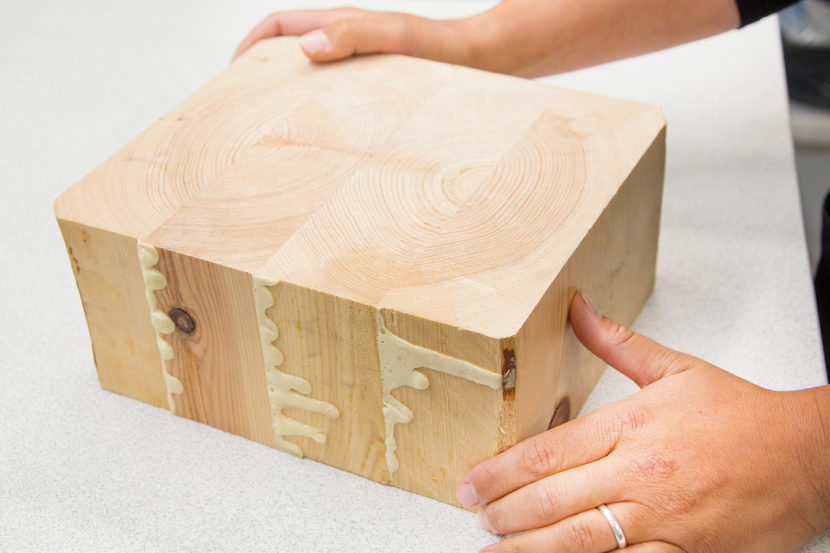 Polyurethanes are widely used in adhesives for such applications as woodworking glues (Figure: Kiilto)

Carbon capture and utilization (CCU) is one of the tools needed for climate change mitigation that is gaining more and more interest. In CCU, carbon dioxide from industrial emissions or directly from the thin air is captured and utilized for the production of value added goods such as fuels, chemicals, materials or even food.

Positive climate impact of CCU will be realised through replacement of fossil end-products. Carbon dioxide from biogenic sources e.g. from bioenergy production processes (BECCU project) is an interesting option towards the future as these processes can provide sustainable carbon source in suitable scale for CO2 utilisation and with moderate costs.

Positive economy of CCU requires mastery of the big picture

However, CCU is in practice always linked to low carbon energy demand since low energetic carbon dioxide needs to be reacted with a high-energy content molecule to obtain abovementioned goods. Most typically, this molecule is hydrogen produced by water electrolysis applying clean electricity. From this viewpoint, the concept can also be called Power-to-X where X denotes different products manufactured applying electricity.

BECCU is a two-year co-innovation project funded by Business Finland, where VTT and our partners investigate utilization of carbon dioxide captured from bioenergy production for the production of chemicals and further materials with a significant lifetime. In this way, these materials can act as carbon sinks over the next decades being the most critical period in the climate change mitigation.

Examples of such products are insulation materials for house construction with lifetime from 50 up to 100 years. Chemicals and materials are also typically higher value products than fuels improving the profitability of CCU processes and enabling faster commercialization.

Versatile polyurethanes in the spotlight

In BECCU, Finnish companies including Finnfoam, Kiilto and Mirka are investigating potential of polyols developed in the project for their polyurethane based applications.

VTT is taking the next step: CO2 as an only source of carbon

In BECCU project, we are targeting a process where the only carbon source for polyols is carbon dioxide.

In addition to carbon dioxide, hydrogen produced by water electrolysis using renewable electricity is used. Besides of electrolytic hydrogen, we also study usage of surplus by-product hydrogen from the chemical industry. There are already semi-commercial technologies (e.g. Cardyon polyols by Covestro) where polycarbonate polyols are partly manufactured from carbon dioxide. This means that another raw material is fossil-based epoxide leading to a polyol product where 20-40% of carbon originates from carbon dioxide and the rest from fossil crude oil. Read more about the field of CCUS in our previous blog article.

Therefore, the ultimate novelty and advantage of our approach is to produce polyols with 100% carbon coming from biogenic carbon dioxide. We estimate that the production of such product is somewhat more expensive than Cardyon type polyols due to high need for hydrogen. However, our preliminary calculations show very reasonable payback time (< 4 years) for a plant producing BECCU polyols. Our idea is to integrate such plant to a source of biogenic carbon dioxide partly utilizing existing plant infrastructure.

We believe that our concept will be a winning concept leading to a profitable business based on sustainable chemicals supporting climate change mitigation.